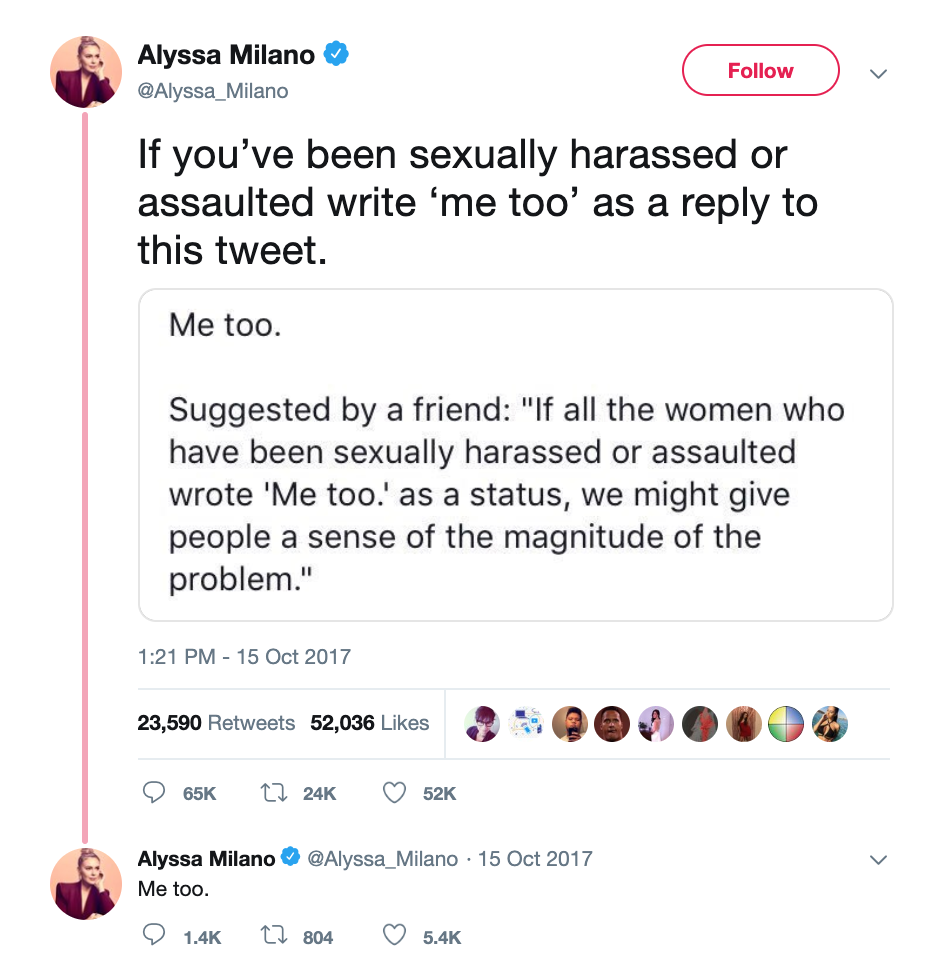 As interest in the Weinstein stories was growing, actress Alyssa Milano tweeted “If you’ve been sexually harassed or assaulted write ‘me too’ as a reply to this tweet.”[20] This tweet quickly went viral, and thousands of women began to tweet with the hashtag #MeToo as a show of support and solidarity with victims of sexual abuse and assault.[21]