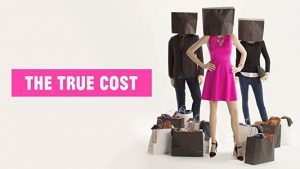 On May 29th, 2015, True Cost, a documentary directed by Andrew Morgan and produced by Michael Ross was released. The documentary exposed the true working conditions at various cheap garment factories around the world, including the one in Bangladesh. It discusses various aspects of the garment industry, starting from the production; how the workers are faced with inhumane working conditions, to the aftereffects; pollution and environmental damages caused by the unsustainable manufacturing processes. The movie played a significant role in spreading awareness of the importance of sustainable and ethical fashion.